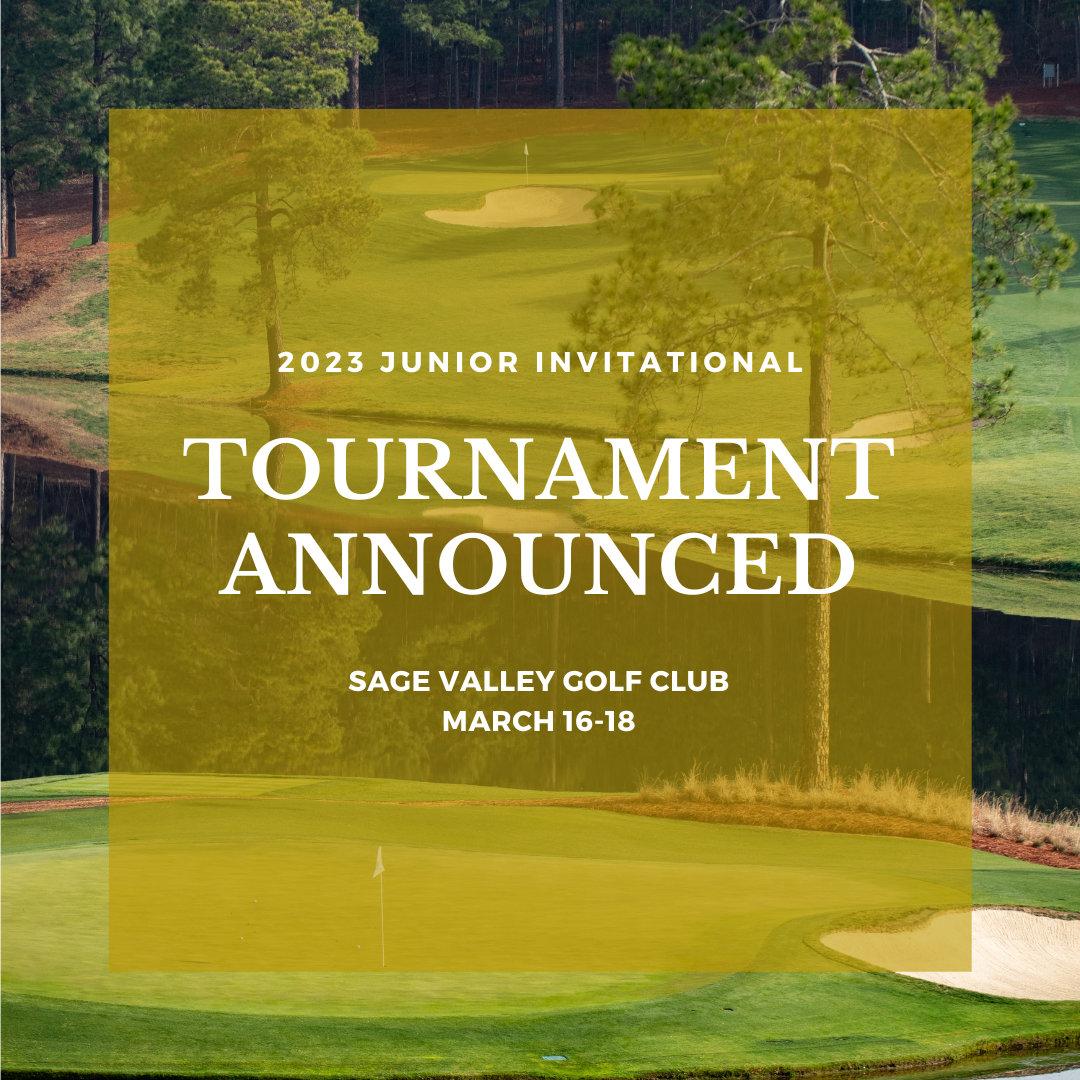 “2022 was such an exciting year for the Junior Invitational with the addition of the highly-anticipated girl’s competition and incredible finishes to both competitions,” said Pete Davis, chairman of the SVJI Sports Foundation. “We look forward to creating and continuing both new and storied traditions at our 12th tournament this March.

“As we enter our 12th year, we are now seeing many of our former participants excelling at the professional and collegiate levels,” added Davis. “From winning majors to being named to Walker Cup, Palmer Cup and Curtis Cup teams, it’s exciting to see these young people build upon their experience at the Junior Invitational.”

Each year, the SVJI Sports Foundation––the nonprofit entity established to run the Junior Invitational––supports The First Tee Chapters of Augusta and Aiken in their efforts to grow the game throughout the local communities.
Since the tournament’s inception, its charitable efforts have generated more than $2 million to these local chapters of The First Tee.

Sage Valley Golf Club, the host of the Junior Invitational, is located only minutes from historic Augusta, Georgia, and is surrounded by several thousand acres of preserved southern pine forest.