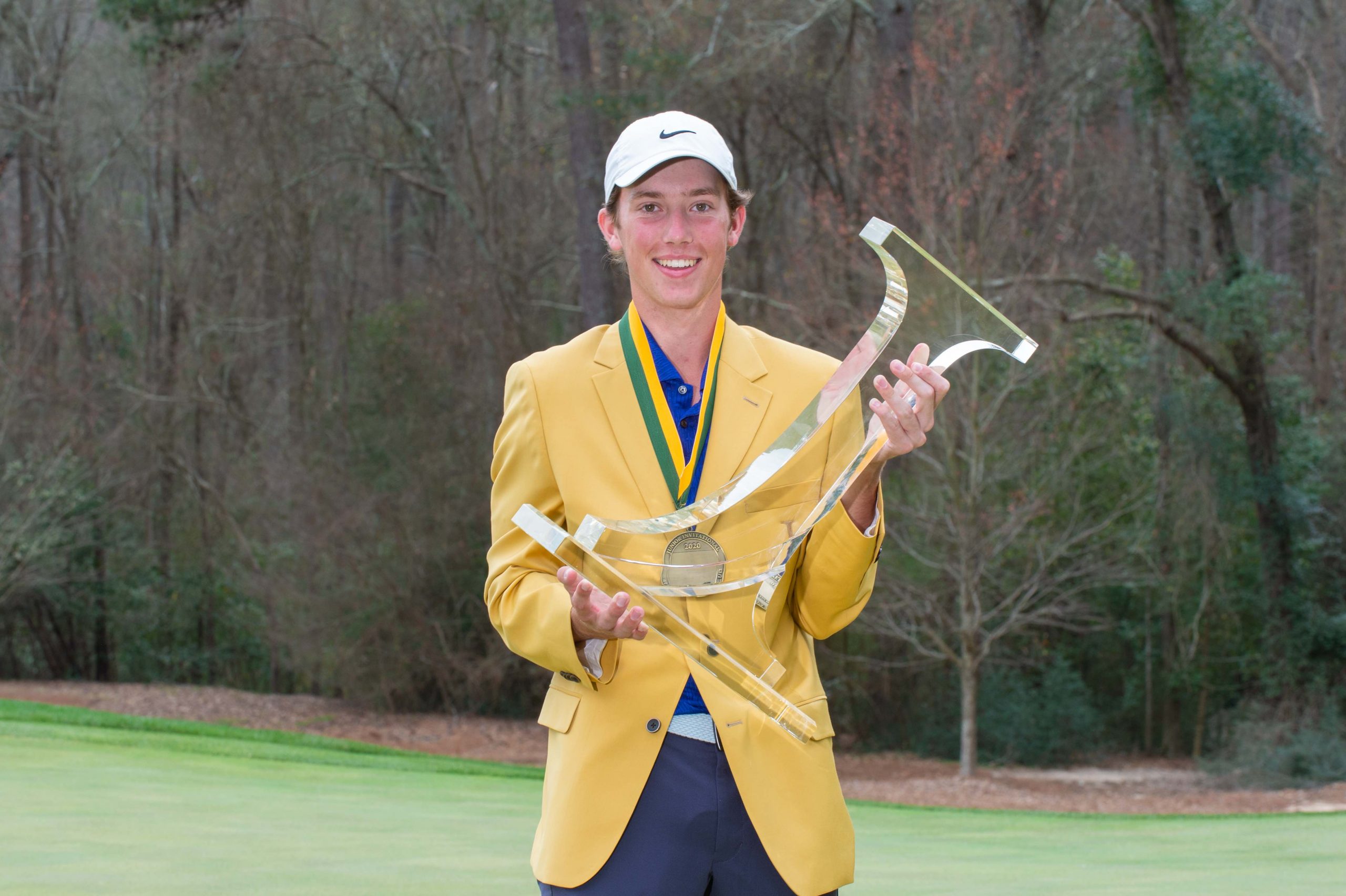 While the majority of the field’s day two leaders battled on the backside of Sage Valley Golf Club during today’s 9-hole round, Van Paris quietly grinded away on the front nine to card four birdies in his final round to finish at 9-under for the tournament with a combined 207 (71-69-67).

“To win such a prestigious tournament… I’m speechless right now to be honest,” said Van Paris. “I never really thought I was going to win until I came off the [last] green. It’s one of the best feelings in the world. We don’t know when our next tournament’s going to be so to end with a win is a great feeling.”

The 2019 AJGA Simplify Boys Championship winner and verbal Vanderbilt University commit birdied Hole Nos. 4, 5 and 6, which he followed up with a much-needed 12-foot par putt on No. 7 and topped it off with another birdie on No. 8.

“I tried to stay patient,” said Van Paris. “With it only being nine holes, it’s really easy to go out there and try to force birdies. I told my caddie, ‘I was even through three on the nine. Just got to stay patient, let the birdies come.’ Thankfully, my putter got hot and I started making some birdies.”

Fellow 16-year-old Luke Potter of Encinitas, California, claimed the runner-up spot, finishing two strokes back at 7-under with a combined 209 (68-71-70).

“I was a ways back going into these last nine holes, so I tried to stay aggressive and give myself as many birdie chances as possible,” said Potter. “I had a lot of fun this year.”

“I would’ve liked to win it again this year, but I couldn’t be happier that it went to him,” said McKibbin. “He was the first person I played with from the U.S. in my first tournament over here, so I think it’s pretty cool.”

Two high-profile withdrawals from the Junior Invitational were results of previous injuries. England’s Joe Pagdin, currently ranked No. 1 in the Golfweek/Sagarin Junior Rankings, withdrew following yesterday’s round due to a prior rib injury, and Australia’s Karl Vilips, ranked No. 2, withdrew following the first round because of a prior finger injury.

Today’s final nine holes were played under a restrictive policy allowing only the players, their families and the most essential personnel onto the grounds at Sage Valley.

Recognized by Golfweek as the No. 1 junior event in golf, the Junior Invitational welcomes 54 of the very best junior golfers from around the world to Sage Valley Golf Club in Graniteville, South Carolina, each year. Founded in 2011, it has become one of the most desired invitations in the world of competitive junior golf.

The SVJI Sports Foundation announced Monday the addition of a girls competition beginning with the 2021 Junior Invitational, with LPGA Tour stars Lexi Thompson and Lorie Kane in attendance in support of the announcement.

“I think it’s great,” said Van Paris of the girls competition addition. “I think it will only help the girls’ game. I think it’s awesome and a really good addition to the tournament.”

For more information on the Junior Invitational, visit www.juniorinvitational.com.