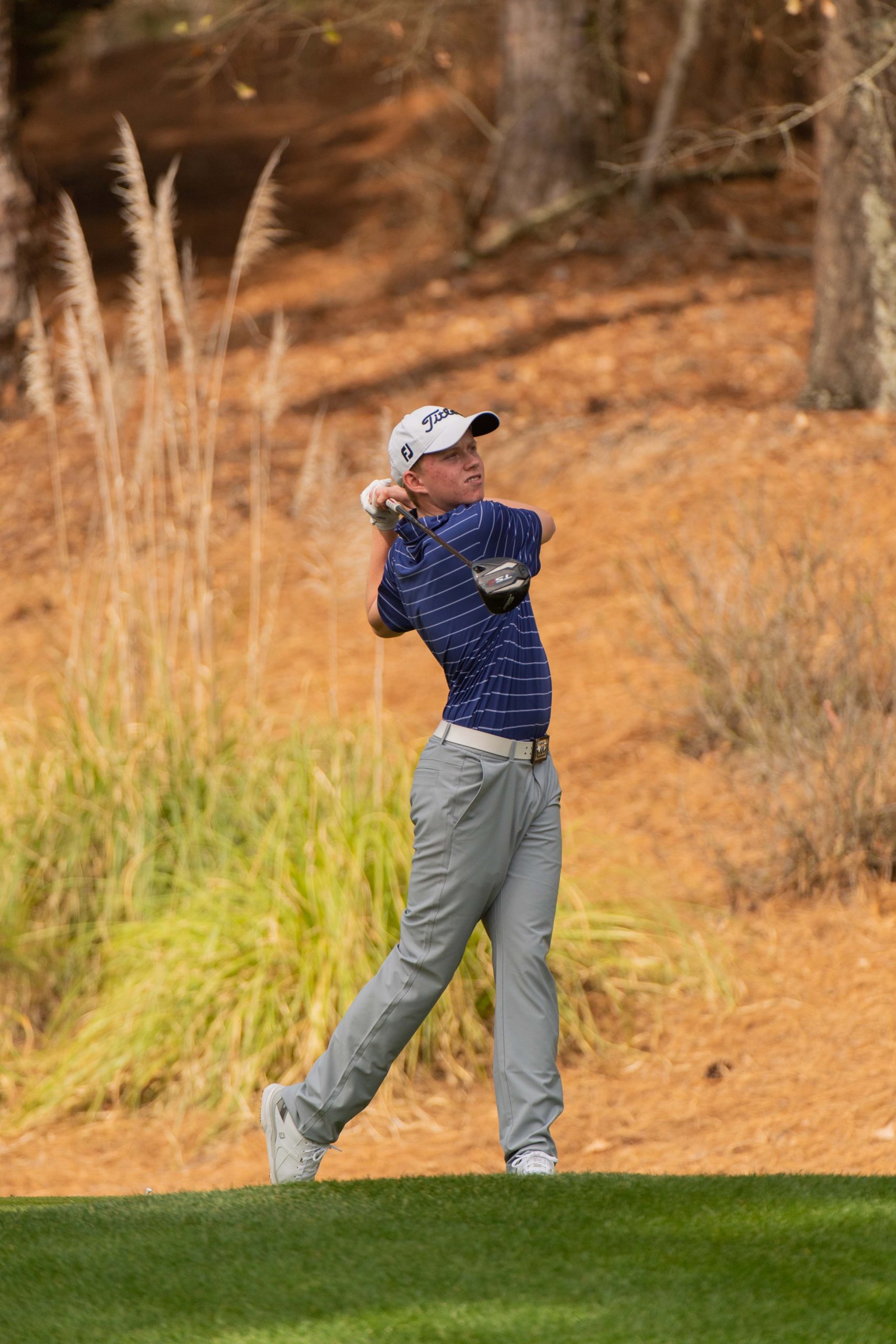 Moldovan fell to Northern Ireland’s Tom McKibbin in the 9th Junior Invitational. The defending champion currently sits at T32 and 3-over for the tournament. Moldovan, the 18-year-old Uniontown, Ohio, native now finds himself in a familiar leaderboard position in his second Junior Invitational appearance.

“This is probably the best week in junior golf for sure,” he said. “I’ve played at all the big tournaments in the last two years, so to come to Sage Valley is always a treat and always a highlight. It’s the thing I’m most excited for on my schedule.”

Moldovan, who heads to Ohio State University this fall, sank a 15-footer for birdie on the first hole, which he followed up with an eagle on Hole No. 4 and two separate chip-ins on Hole Nos. 10 and 18. He played the front nine in the afternoon at even par.

“To get the whole day started with that birdie created a lot of confidence with my putter, which is a big thing for me,” he added. “I made probably five or six putts between four and seven feet for par, and I think at a course like Sage Valley, making your par putts is huge.”

China’s Aaron Du, 18, is making a splash in his first appearance at the Junior Invitational, sitting in second place behind Moldovan at 7-under for the tournament. Also notably, 18-year-old Michael Brennan of Leesburg, Virginia, shot an impressive 6-under on his final nine holes to catapult him into a tie for third with Andi Xu, 17, of San Diego.

The event has had two high-profile withdrawals as a result of previous injuries. England’s Joe Pagdin, currently ranked No. 1 in the Golfweek/Sagarin Junior Rankings, withdrew following today’s round due to a prior rib injury, and Australia’s Karl Vilips, ranked No. 2, withdrew following the first round because of a prior finger injury.

Today’s 27 holes were played under a restrictive policy allowing only the players, their families and the most essential personnel onto the grounds at Sage Valley.  The tournament will conclude tomorrow (Saturday) morning with the final nine holes of round three.

Recognized by Golfweek as the No. 1 junior event in golf, the Junior Invitational welcomes 54 of the very best junior golfers from around the world to Sage Valley Golf Club in Graniteville, South Carolina, each year. Founded in 2011, it has become one of the most desired invitations in the world of competitive junior golf. For more information, visit www.juniorinvitational.com.