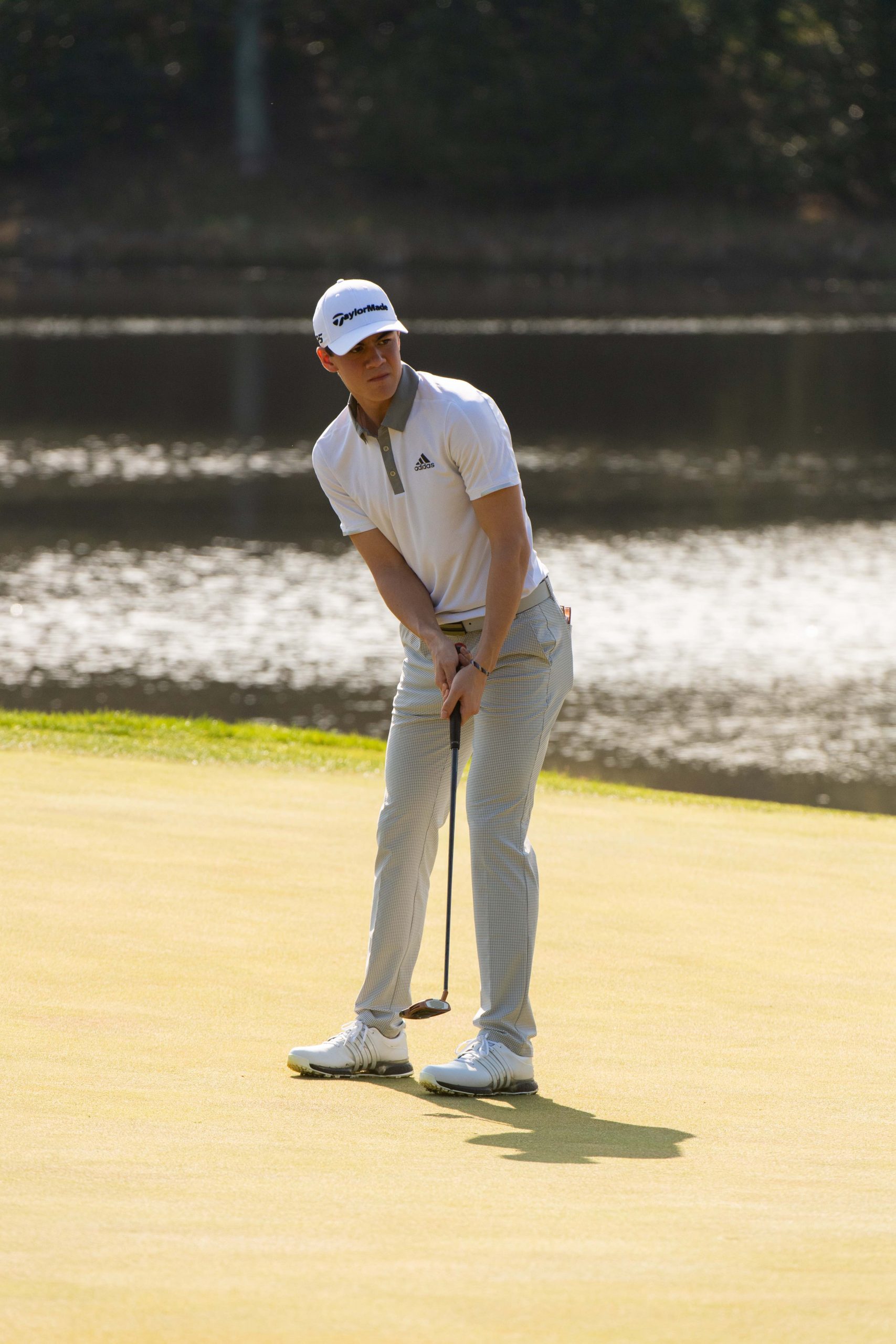 GRANITEVILLE, S.C. – Michael Thorbjornsen of Wellesley, Massachusetts, had no trouble shaking off the rust at the 10th Junior Invitational at Sage Valley Golf Club, finishing at 5-under-par in what was his first round of competitive golf in 2020.

While the tournament will continue as planned, a restrictive on-site attendance policy will take effect beginning with the second round tomorrow (Friday) March 13. The only people allowed on the property will be players, their family and essential personnel.

This marks Thorbjornsen’s third and final appearance in the Junior Invitational, as he heads to Stanford this fall. The 18-year-old 2018 U.S. Junior Amateur champion carded four birdies on the front nine, including an impressive 20-footer on Hole No. 5 that kick started his birdie streak.

“I haven’t really been putting as much indoors as I would like, and it’s my first time playing golf since December,” he said. “I’m not even sure December would count because it was a team event. My last tournament was in August.”

That lack of playing time didn’t seem to have an effect on him. But it was ball striking, not putting, that Thorbjornsen identified as his strength in round one.

“I think I hit every single green except for two of them,” he said. “I really set myself up well, and I’ve gained some distance over this off season. I took the longest club I had into a par-4 today, a soft 9-iron, and I think compared to last season I was hitting a 6-iron which made a big difference.”

“My game has improved dramatically,” he said, remarking on his second time competing in the Junior Invitational. “It always helps to have played the course, and I took some notes last year and made some adjustments to shots today.”

The second round will continue tomorrow (Friday) March 13, with tee times beginning at 9 a.m. ET. Defending champion Tom McKibbin of Northern Ireland finished T43 at 5-over-par for the day. Junior Invitational veteran Karl Vilips of Australia withdrew following the first round because of a prior finger injury.

In Monday night’s opening ceremonies, the SVGI Sports Foundation announced the addition of a girls competition beginning with the 2021 Junior Invitational. LPGA Tour stars Lexi Thompson and Lorie Kane attended in support of the announcement. Click here to read more.

Also during opening ceremonies, 16-year-old Gordon Sargent was presented with the 2020 Paul S. Simon Character Award, which honors a Junior Invitational player for his accomplishments both on and off the course. The Birmingham native co-created the Alabama Cup in 2018 hosted at Shoal Creek to benefit Children’s Harbor, the American Cancer Society Alabama Chapter and the AJGA’s ACE Grant program. The inaugural event raised nearly $60,000 for these charities.

Recognized by Golfweek as the No. 1 junior event in golf, the Junior Invitational welcomes 54 of the very best junior golfers from around the world to Sage Valley Golf Club in Graniteville, South Carolina, each year. Founded in 2011, it has become one of the most desired invitations in the world of competitive junior golf. For more information, visit www.juniorinvitational.com.