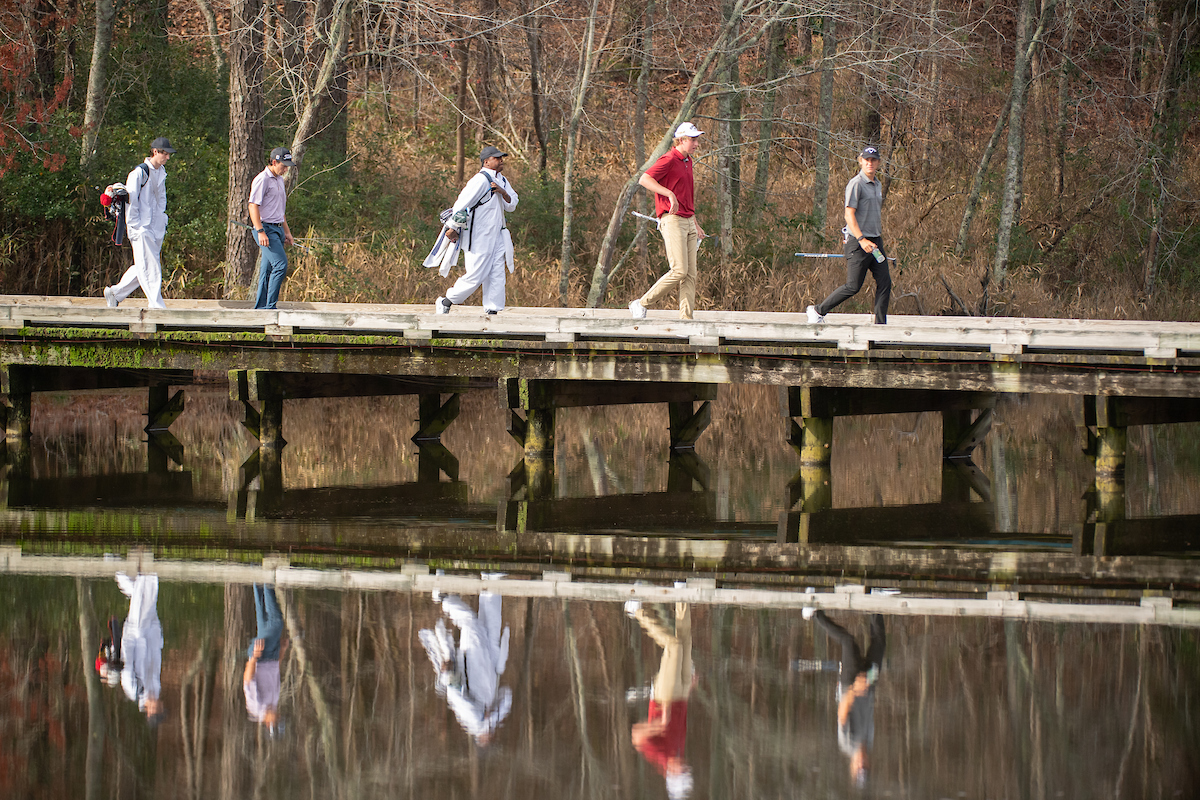 GRANITEVILLE, S.C. – One day after being the first girl ever to tee off at The Junior Invitational at Sage Valley Golf Club, Bailey Shoemaker of Dade City, Fla., took control of the girls competition with a seven stroke lead going into Saturday’s final round. Caleb Surratt of Indian Trail, N.C., who was in a pack of four players tied at -4 after the first day, shot -7 on Friday to take a two-stroke lead on the boys side. Both Shoemaker and Surratt closed their rounds with birdies in a driving rainstorm.

“My putting was a highlight today, my putter got hot especially,” Shoemaker said. “I started gaining confidence with the putter and I stayed hot through the rest of the bag. I tried to take my birdie opportunities and not be too aggressive at the wrong times.”

Shoemaker birdied six of the first 10 holes to take control. Amalie Leth-Nelson of Denmark made the biggest move on day two, shooting a four under round of 68. She and Megha Ganne (Holmdel, NJ) are tied for second at -4. Day one leader, Anna Davis (Spring Valley, Calif), is tied for fifth.

Surratt came out of the gate quickly with two birdies and an eagle on his first eight holes.

“I stuck to the game plan, tried not to let anything affect me,” Surratt said. “I got a couple of putts to fall, including a long one on 18. I kept my head down and tried to stay focused on the next shot.”

Luke Potter (Encintas, Calif.) shot a six under 66 for a two-day total of -10. Ben James (Milford, Conn.) is three back at -9 and Aaron Pounds (The Woodlands, Texas) is in fourth at -7. Jackson Koivun (San Jose, Calif.) tied Surratt for the low round of the day at 65 and is tied for fifth with three others.

The Junior Invitational began a new era this year as the event welcomed the top junior girls for the first time in its history. 24 of the top girls joined 36 of the top boys for the 11th Junior Invitational. The final round begins Saturday morning at 8:30 a.m. with closing ceremonies scheduled for approximately 5 p.m.

Recognized by Golfweek as the No. 1 junior event in golf, the Junior Invitational welcomes 60 of the very best junior golfers from around the world to Sage Valley Golf Club in Graniteville, South Carolina, each year. Founded in 2011, it has become one of the most desired invitations in the world of competitive junior golf. For more information, visit www.juniorinvitational.com.